Poet Wanda Coleman Has Died at 67 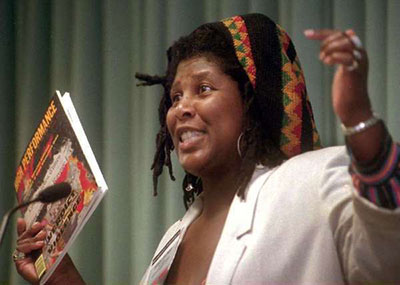 Poet Wanda Coleman, often referred to as the unofficial poet laureate of Los Angeles, died from a long illness at Cedars-Sinai Medical Center. A former finalist for the National Book Award and winner of the Lenore Marshall National Poetry Prize, Coleman was well renowned for her politically and socially charged poetry. She authored over twenty books of poetry, novels, short story collections and essays. The Academy of American Poets gave her well-received book Bathwater Wine the Lenore Marshall prize in 1999. In 2001 her work Mercurochrome was a finalist for the National Book Award. The judges said, of her work, “Coleman’s poetry stings, stains, and ultimately helps heal wounds.”

Possibly more impactful than her words on the page was the author’s delivery of them. Tom Lutz, Editor-in-Chief of the Los Angeles Review of Books wrote, “Her performance of her own poetry was already legendary when I met her, almost a decade ago, but it was her improvisational oratory that really floored me, her ability to read her audience and speak to them, off the cuff, with power and humor and eloquence, to hit them, to make them, to a person, feel their culpability, to feel identified, to see themselves. And she could do this with compassion and rigor, fire wielded with a Zen calm. She was wise.”

Coleman was born Nov. 13, 1946 in Los Angeles. She attended Los Angeles Valley College and Cal State Los Angeles but never earned a degree. Her first marriage ended in divorce, leaving her, at the age of twenty, a single mother of two children. After working a series of low-paying jobs, she was hired to write for the NBC soap opera “Days of Our Lives.” She won a daytime Emmy for her work. Her poetry often reflects her personal struggles both for survival and recognition as an artist. She is survived by her husband of thirty years, poet Austin Strauss; her two children, Ian Grant and Tunisia Ordoñez; siblings George, Marvin, and Sharon Evans; and three grandchildren.

On the timelessness of her work, Wanda Coleman once wrote, “In Y3K, I hope that the readers of my poetry will look back and find it dreadfully passé and that the emotional, social and oft political issues I confront are things of the savage past. To Hell and Damnation with timelessness. I want my poems to go out of date as fast as possible."