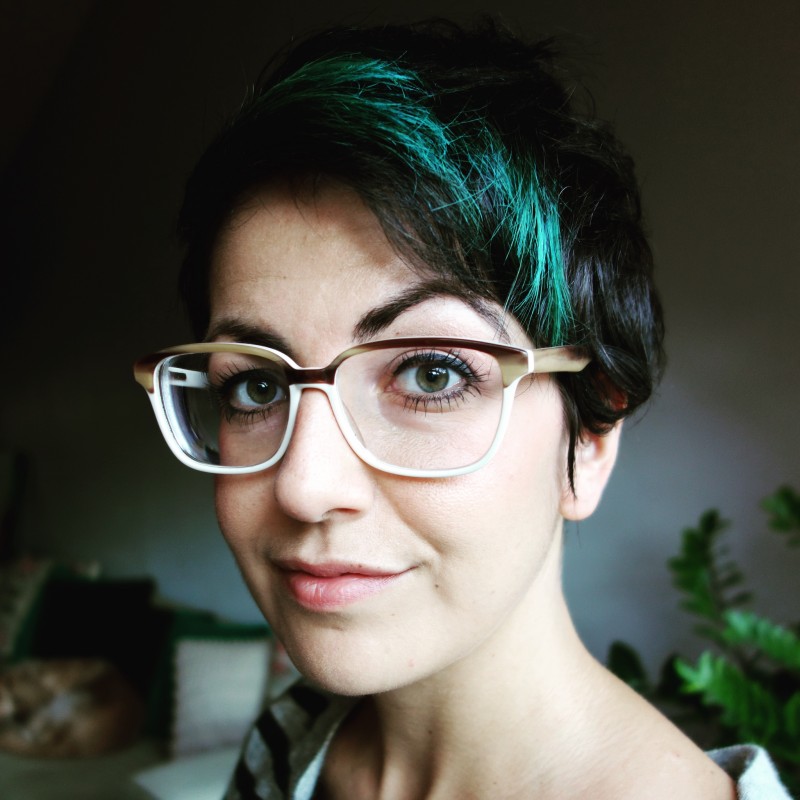 Layla Al-Bedawi is a writer, poet, language and writing teacher, podcaster, and bookbinder (among other things). English is her third language after Russian and German, but she's been dreaming in it for years. Born in Germany to Kurdish and Ukrainian parents, she immigrated to the US in 2006. While she considers gorgeous West Virginia her US home state after spending her first years in the US in the TESOL and English Literature M.A. programs at WVU, she currently lives in Houston, TX, where she is passionately involved in the city's literary scene. In 2017 she co-founded Fuente Collective, an organization that facilitates experimentation, collaboration, and hybridity in writing and other arts. She also co-founded Writefest in 2015, a week-long festival for emerging writers of all genres, for which she acted as Festival Director in its first two years. Her work, which frequently blurs the lines between fiction and poetry, between realist and speculative, is published in Bayou Magazine, Strange Horizons, Fireside Fiction, Liminal Stories, Mithila Review, and elsewhere. Find her on Twitter under @frauleinlayla.