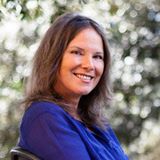 Carolyn Forché is a poet, memoirist and human rights activist, and she is editor of two best-selling poetry anthologies, Against Forgetting and Poetry of Witness: The Tradition in English: 1500-2001. Her poetry books include Gathering the Tribes, The Country Between Us, The Angel of History and Blue Hour. She has been widely honored, receiving the Edita and Ira Morris Hiroshima Foundation Award for Peace and Culture in Stockholm, a Guggenheim Fellowship, a Lannan Literary Fellowship, and most recently, The Academy of American Poets Fellowship in Poetry for 2014. She has taught writing and literature for forty years, and has read her poetry around the world. Her poetry has been translated into more than twenty languages. She is a Professor of English at Georgetown University, where she also directs The Lannan Center for Poetics and Social Practice.