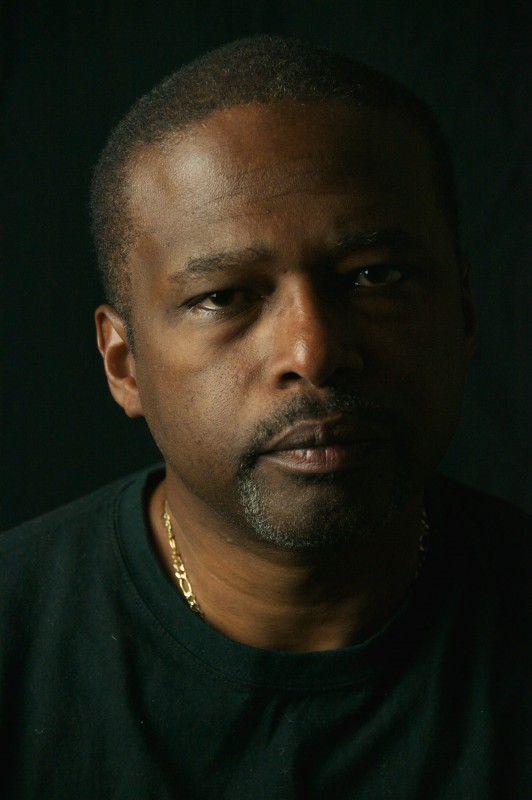 Jeffery Renard Allen is the author of two collections of poetry, Stellar Places (Moyer Bell 2007) and Harbors and Spirits (Moyer Bell 1999), and three works of fiction, the widely celebrated novel, Rails Under My Back (Farrar, Straus, and Giroux, 2000), which won The Chicago Tribune's Heartland Prize for Fiction, the story collection Holding Pattern (Graywolf Press 2008), which won the Ernest J. Gaines Award for Literary Excellence, and the novel Song of the Shank (Graywolf Press 2014). His other awards include a Whiting Writer's Award, a support grant from Creative Capital, The Chicago Public Library's Twenty-first Century Award, a Recognition for Pioneering Achievements in Fiction from the African American Literature and Culture Association, the 2003 Charles Angoff award for fiction from The Literary Review, and special citations from the Society for Midlands Authors and the Zora Neale Hurston/Richard Wright Foundation.  He has been at fellow at The Dorothy L. and Lewis B. Cullman Center for Scholars and Writers at The New York Public Library, a John Farrar Fellow in Fiction at the Bread Loaf Writers' Conference, and a Walter E. Dakins Fellow in Fiction at the Sewanee Writers' Conference.

Born in Chicago, he holds a Ph.D. in English (Creative Writing) from the University of Illinois at Chicago and is currently a faculty member in the writing program at the New School. He has taught also in the writing program at Columbia University and for many distinguished writers’ conferences and programs around the world, including Cave Canem, the Summer Literary Seminars program in St. Petersburg, Russia, the Kwani? LitFest in Kenya, the Zora Neale Hurston/Richard Wright Foundation, North Country Retreat for Writers of Color, Chimamanda Ngozi Adichie’s Farafina Trust Workshop in Lagos, the American Writers Festival in Singapore, and VONA. He is also fiction director for the Norman Mailer Center’s Writers Colony in Provincetown, and served as the Program Director for Literature for the Jahazi Literature and Jazz Festival in Zanzibar, East Africa.

In recent years, he has worked intensely with writers on the African continent as the co-founder and president of the Pan African Literary Forum, an international, non-profit literary organization that serves writers and that holds an arts festival and workshops in Zanzibar (The Jahazi and Jazz Literary Festival) and a writers’ conference in Ghana. Africa has also now at the center of his writing interests.

He is presently at work on a memoir-travelogue-meditation that uses his travels about the African continent to frame an exploration of subjects such as place, race, religion, music and culture, identity, and family. Allen is the proud father of three children, Elijah, Jewel, and James, and is happily married to Zawadi Kagoma, who is formerly of Tanzania.

In June 2014, Graywolf Press published his novel Song of the Shank, which is based on the life of Thomas Greene Wiggins, a nineteenth century African American piano virtuoso and composer who performed under the stage name Blind Tom.