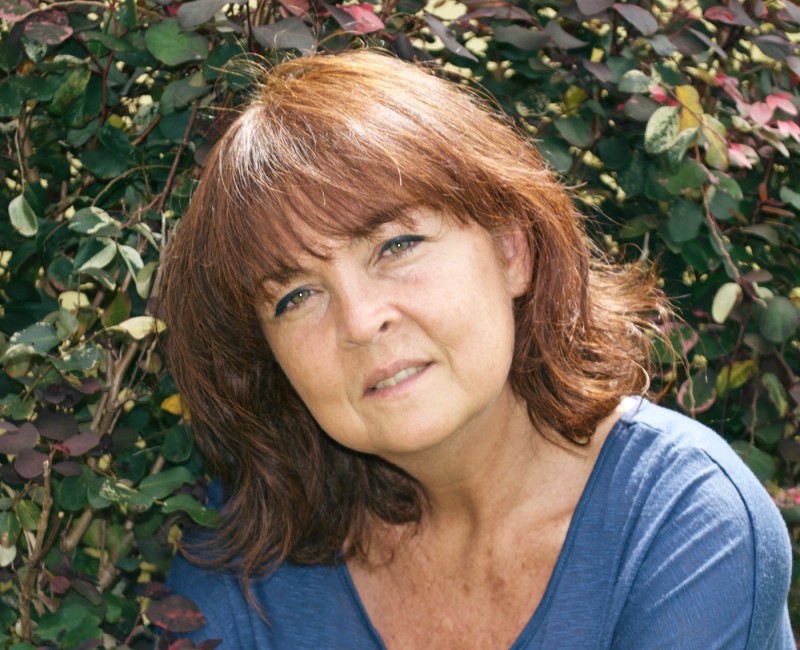 Rahna Reiko Rizzuto is the author of the novel Shadow Child, released by Grand Central Publishing in May 2018. Her  memoir, Hiroshima in the Morning, was a National Book Critics Circle Finalist, an Asian American Literary Award finalist, a Dayton Literary Peace Prize Nominee and the winner of the Grub Street National Book Award.  Her first novel, Why She Left Us, which was praised by the New York Times as “ambitious, lyrical, and intriguing,” won an American Book Award in 2000.  It also received a Gustavus Myers Outstanding Book Award Honorable Mention and was named one of the best books of the year by the Honolulu Advertiser.  She is also a recipient of the U.S./Japan Creative Artist Fellowship, funded by the National Endowment for the Arts.

Rizzuto has been a guest on television and radio internationally, including appearances on The Today Show, The View, ABC-TV’s 20/20, The Joy Behar Show, MSNBC-TV and PBS-TV, Oprah Radio, CBC Radio and NPR. Her articles on Hiroshima and the effects of radiation have appeared in more than thirty newspapers from here to India, through the Progressive Media Project, including The Guardian, CNN, The Progressive, Newsday, The San Jose Mercury News, The St. Petersburg Times, and The Providence Journal. She writes for Salon.com and is a featured Huffington Post blogger, and her essays and stories have appeared in the L.A. Times, the Crab Creek Review, New York Family Magazine, the anthologies Mothers Who Think, Because I Said So, Topography of War, and Alchemy of the Word: Writers Talk About Writing, among others. She was Associate Editor of The NuyorAsian Anthology: Asian American Writings About New York City, which was a Pen Open Book Honoree.  She has served as a judge for PEN’s Kenneth Galbraith John Kenneth Galbraith Award for Nonfiction, the Asian American Literary Award and also on the U.S./Japan Creative Artist Fellowship Selection Committee and the New York State Council for the Arts Literature Panel, and is an accomplished public speaker who has given readings, lectures and interviews at more than 50 venues.  She is a Hedgebrook alumna and master class teacher, and is on the faculty of the MFA program for creative writing at Goddard College.  She is the founder of the Pele's Fire writing retreat in Hawaii.

Rahna Reiko Rizzuto is Japanese/Caucasian. She grew up on the Big Island of Hawaii and lives in Brooklyn.  She was the first woman to graduate from Columbia College with a BA in Astrophysics.