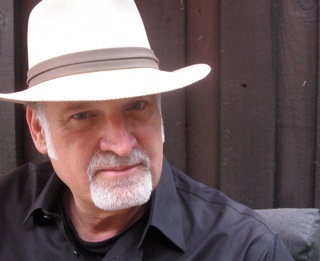 Alan Soldofsky is the author of a recent collection of poems, In the Buddha Factory (Truman State Univ.), containing a series of poems written while he participated in the Zhejiang Writers Conference in China. He has also published three chapbooks of poems: Kenora Station, Staying Home, and a chapbook that includes a selection of poems by his son, Adam Soldofsky, Holding Adam / My Father’s Books. Over the last three decades, he has published poems widely in magazines and academic journals, most recently in Poetry Flash, The Gettysburg Review, Poetry Daily, Rattle, and The Rattling Wall. His criticism, interviews, and reviews have appeared in The Writer’s Chronicle, Narrative: The Journal of the Society for the Study of Narrative Literature, and Poetry Flash.  He is co-editor with David Koehn of Compendium: A Collection of Thoughts on Prosody by Donald Justice (Omnidawn). Soldofsky is a professor of English and Director of Creative Writing at San Jose State University, where he been on the faculty since 1985. In 2009, he received an Artist Fellowship in Literary Arts in Poetry from Arts Council Silicon Valley.