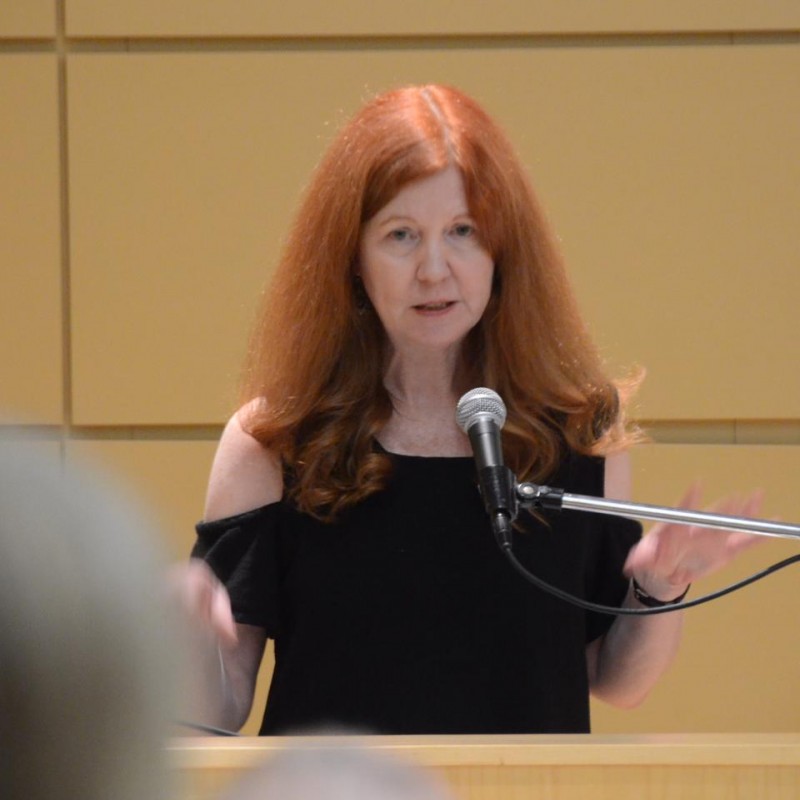 A native of Boston and a longtime resident of Louisiana, Julie Kane was the 2011-2013 Louisiana Poet Laureate. She is Professor Emeritus of English at Northwestern State University in Natchitoches, Louisiana, where she has received the Excellence in Teaching Award, the Muriel Hart Bailey Research Award, and the Jean D'Amato Thomas Lifetime Achievement Award. Currently she is teaching in the low-residency MFA program of Western State Colorado University. She has been the George Bennett Fellow in Writing at Phillips Exeter Academy, the New Orleans Writer in Residence at Tulane University, a faculty member of the West Chester Conference on Form and Narrative in Poetry, and a Fulbright Scholar to Vilnius Pedagogical University (Lithuania). Julie is the author of four poetry books and two chapbooks: Paper Bullets (2014); Jazz Funeral (2009), winner of the Donald Justice Poetry Prize; Rhythm & Booze (2003), Maxine Kumin's choice for the National Poetry Series; The Bartender Poems (1991, chapbook); Body and Soul (1987); and Two Into One (1982, chapbook). She is also the co-editor, with Grace Bauer, of the anthologies Nasty Women Poets: An Unapologetic Anthology of Subversive Verse (2017) and Umpteen Ways of Looking at a Possum: Critical and Creative Responses to Everette Maddox (2006), which was a finalist for the 2007 Southern Independent Booksellers Association book award in poetry. Julie served as the associate editor for 20th-century poetry of the Longman anthology of Southern Literature, Voices of the American South (2005). She also wrote the historical introductions for the Annie Finch/Marie-Elizabeth Mali anthology, Villanelles (2012) and for Contemporary Lithuanian Poetry: A Baltic Anthology, Book 2 (2013). With Kiem Do, she co-authored the memoir Counterpart: A Vietnamese Naval Officer's War (1998), which was a History Book Club Featured Alternate. She also wrote the libretto for Starship Paradise, a one-act opera with music by Dale Trumbore that was premiered by Center City Opera Company of Philadelphia in 2013, and the libretto for "City of Lights" by composer Kenneth Olson, premiered by the Natchitoches/Northwestern Symphony in 2014. Other poems were set to music by composer Libby Larsen and recorded on CDs by The American Boychoir and by mezzo soprano Susanne Mentzer. In 2005, she was a juror for the National Book Award in Poetry. Julie's poems have appeared in journals such as The Antioch Review, Barrow Street, Prairie Schooner, Rattle, and The Southern Review, and in over fifty anthologies including the Norton Seagull Reader, the Penguin Pocket Poetry, The Book of Irish American Poets from the Eighteenth Century to the Present, and Best American Poetry 2016. They have also been featured on Poetry Daily, Verse Daily, and The Writer's Almanac. Her essays and book reviews can be found in Twentieth Century Literature, Literature/Film Quarterly, Modern Language Quarterly, Southern Literary Journal, Journal of Consciousness Studies, The Princeton Encyclopedia of Poetry and Poetics, and other publications. She is a Contributing Editor to Light: A Journal of Light Verse Since 1992 and a past Chair of the Poets' Prize Committee.