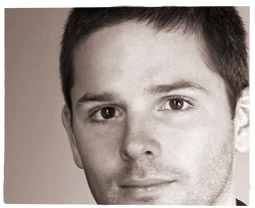 Brock Adams's fiction has appeared in many journals, among them The Sewanee Review, Bacopa Literary Review, and A Capella Zoo, and was anthologized in Best American Mystery Stories 2011. He has won prizes including the Andrew Lytle Prize in Fiction, first place in the Hub City Fiction Contest, and second place in Playboy's College Fiction Contest.

His first collection of short stories, Gulf, was published by Pocol Press in 2010. An Italian version of the same collection, Cose Che Puoi Fare con un Barattolo di Zuppa Campbell,  was published that year by Red Robin Press in Rome.

Adams is an Instructor of English and Creative Writing at USC Upstate in Spartanburg, SC.  He is also Director of the University Writing Center.  He has special interest in the role that evolution plays in the telling and enjoying of stories.