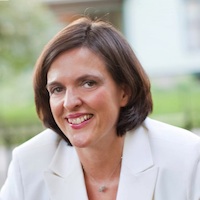 Cathy Day was born and raised in Peru, Indiana. She is the author of two books. Her most recent work is Comeback Season (Free Press, 2008), part memoir about life as a single woman and part sports story about the Indianapolis Colts Super Bowl season. Her first book was The Circus in Winter (Harcourt, 2004), a fictional history of her hometown. The Circus in Winter was a finalist for the GLCA New Writers Award, the Great Lakes Book Award, and the Story Prize, has been translated into German and Czech, and is being adapted into a musical. Her stories and essays have appeared most recently in Sports Illustrated,Freight Stories, Creative Nonfiction, and Ninth Letter. Her essay, “Where Do You Want Me to Sit?” appeared in Power and Identity in the Creative Writing Classroom: The Authority Project. Ed. Anna Leahy, published by Multilingual Matters Ltd., one of the first books on creative writing pedagogy.

Cathy has been featured on NPR’s ” Selected Shorts” and “Studio 360,″ and has been the recipient of a Tennessee Williams Scholarship from the Sewanee Writers’ Conference, a Bush Artist Fellowship, a New Jersey Arts Council Grant, and other university research grants. In 2011, she received a Beatrice, Benjamin, and Richard Bader Fellowship in the Visual Arts of the Theatre from Harvard's Houghton Library for her book project about Cole and Linda Porter. She’s held teaching positions at Minnesota State University-Mankato, The College of New Jersey, and the University of Pittsburgh. Currently, she lives in Indiana and teaches at Ball State University.